Aldrin Cut Off For Discussing Monolith on Martian Moon

This page links to a highly unusual interview with the second man to walk on the moon. On July 22, 2009 36 seconds into a one minute interview on C-SPAN Buzz Aldrin claimed that there is a monolith on one two moons of Mars (Phobos).  While I can neither endorse nor refute the Aldrin claims, we do believe that thorough research cannot be done without at least being aware of them. Aldrin starts his revelation at 39 seconds. When you watch the video note that at 51 seconds somebody rudely reaches out in front of him and pulls the script from him, and that at he is cut off at 60 seconds. 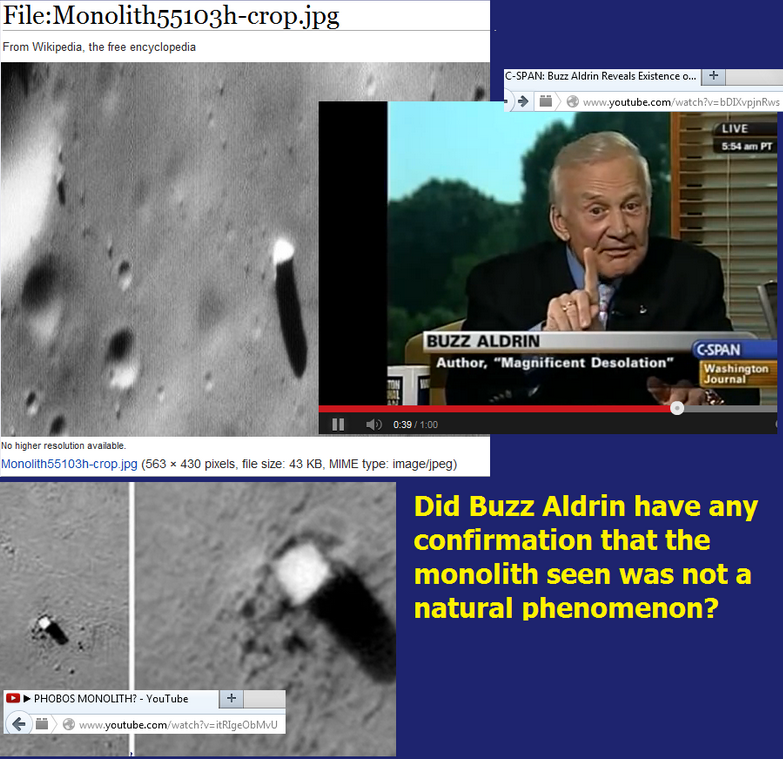 Shown in Figure 2, there is another so called monolith seen on the surface of Mars. According to Jonathon Hill at the Mars Space Flight Facility at Arizona State University, the object in question is no more than a roughly rectangular boulder.

The HiRISE camera that photographed it has a resolution of approximately 1 foot (30 centimeters) per pixel — impressive considering the 180-mile (300-kilometer) altitude from which it photographs the Martian surface, but not quite sharp enough to capture the cragginess of a midsize boulder. Hill said, “When your resolution is too low to fully resolve an object, it tends to look rectangular because the pixels in the image are squares. Any curve will look like a series of straight lines if you reduce your resolution enough."

The location of the boulder at the bottom of a cliff near many other boulders suggests it broke off the cliff and tumbled to its current spot sometime in the distant past, Hill said. Such a perilous location is itself an argument against deliberate placement by aliens: "If I was going to build a monolith somewhere, that's the last place I would put it!" he said. "The debris falling from the cliff would cover it up pretty quickly, on geologic timescales."

Hill added that the height of the boulder is being exaggerated in the photo by a low sun angle. Photographed when the sun was near the horizon, the boulder casts an especially long shadow. 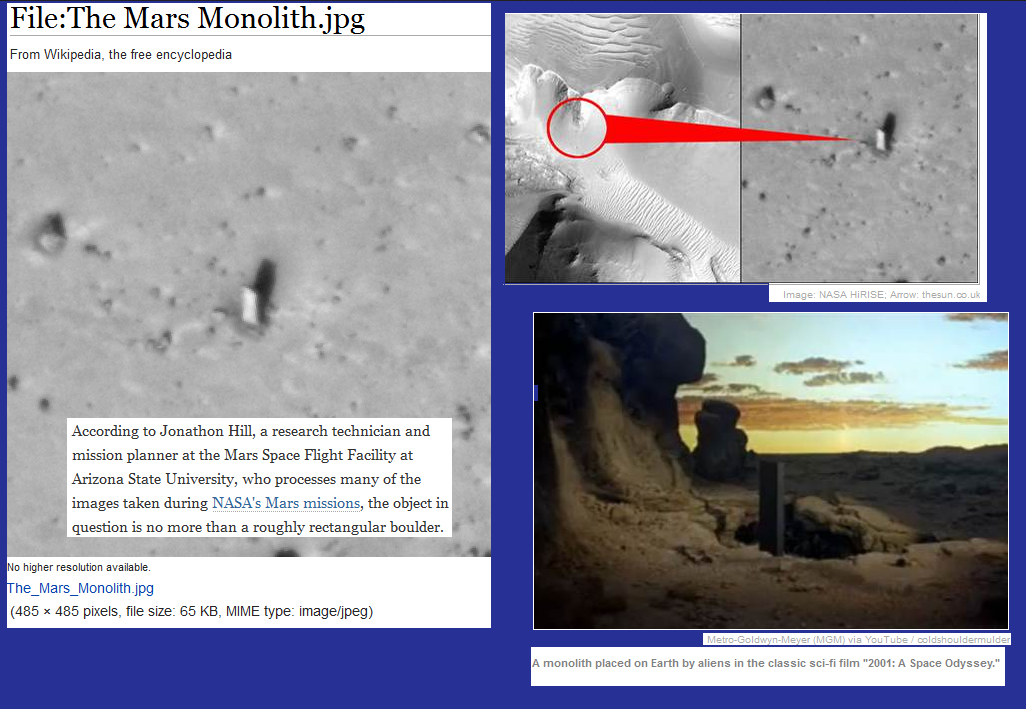