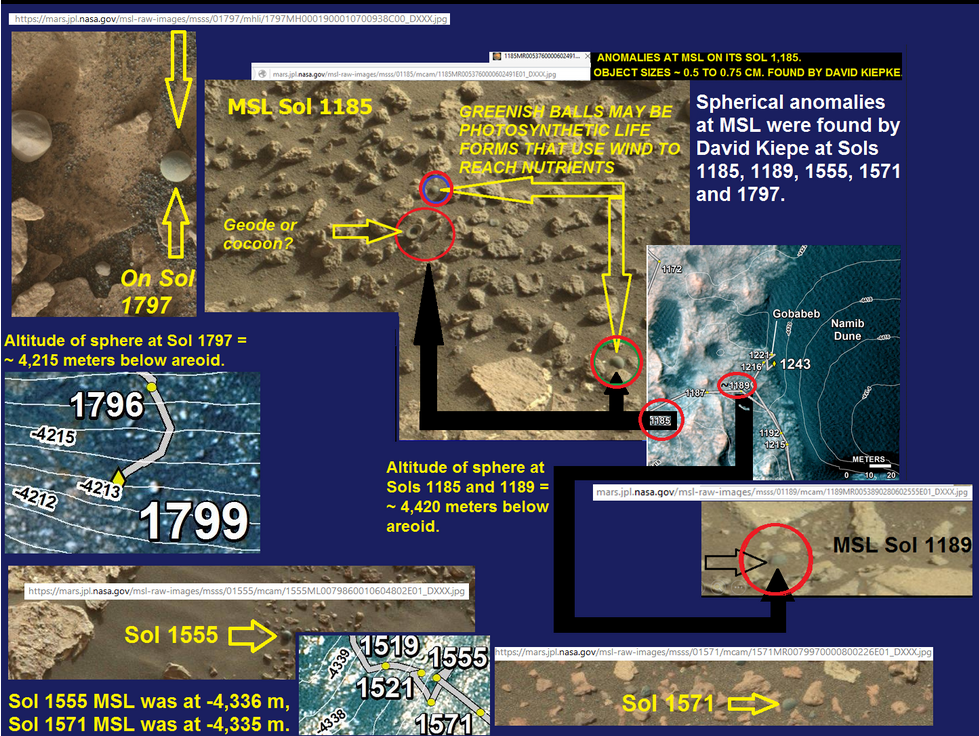 Figure 1 - Spheres that might be photosynthetic life forms seen by MSL.

Early in January, 2016 I received an e-mail from David Kiepe. He's a regular reader of my MarsCorrect.com web site, and a man with considerable experience in the field of photographic analysis of images of Mars that have sent back from our Mars landers and orbiters over the past 40 years. Without suggesting what the spherical objects seen below by Mars Science Laboratory on its Sols (Martian days) 1,185 and 1,189 were, he merely asked that I look at the “anomalies” on the photos. The first thing noticed was an egg-shaped but hollow object that looked like a geode. A geode is a round rock with a hollow cavity lined with crystals. But I didn’t see any crystals. Then David directed my attention to two greenish, spherical objects on the Sol (Martian day) 1,185 photo, and another on an image (not as clear) for Sol 1,189. Note that on November 22, 2017 Kiepe sent me similar photos for MSL Sols 1555, 1571 and 1797. By far the photo for Sol 1797 (shown in the upper left corner of Figure 1 above) was the most spectacular.

WHY I SUSPECT LIFE HERE. If you look at enough photos of rocks on Mars there is always a possibility that something may look artificial. There were objects seen on the images sent by Mr. Kiepke that looked like faces, but I’ve seen similar rock objects in Arches National Park in Utah (actually, they looked like monkey faces). However, to find what looks like three perfect spheres, greenish in color suggesting photosynthesis, on two images (or more, which Dave has found), and the possible cocoon-like source of one of them is good reason to suspect that we have objects of potentially great significance. Three similar objects is suggestive of reproduction. Two so close together may suggest an approach of both for purposes of mating.

How would such life survive on Mars? For starters, it might well need a means of protection from the extreme cold at night. A rock-like cocoon might provide such protection – perhaps only while the life is growing. Maybe it breaks out of the cocoon or egg when it gets big enough, like a lot of animal life on Earth. Then, when the life is released, it uses its ball-like shape to help it roll around with the help of wind. Where it bumps into a natural rock (a barrier) it stops to absorb nutrients from the soil or possibly water from just below the surface. So what I think we are seeing here represents two phases of a life form – one where it grows inside a protective shell, and another where it rolls around, collects nutrients and/or water from the soil while using the carbon dioxide in the Martian air (and sunshine) to produce food. There may, of course, be one or more phases, but there's no evidence for that yet.

WHAT DAVE KIEPE WROTE ABOUT ALL THE SPHERICAL OBJECTS SEEN. I haven't yet received all the images that David has seen, but this is what he wrote about them:

I have scoured almost every Right MastCam image now from SOL 1185 thru today, and have found additional sphere objects, all of them present in similar fashion, slightly greenish Tint, and anywhere from 50% to 75% above the soil. Some are small, most appear about the same size.

Interestingly the object they decided to super-zoom in on SOL 1203 using Chem-Cam was only imaged 1 time by the Right Mast Cam (and that image also has a sphere in it), the area immediately (inches) below that area however was imaged again and again on at least 7 SOLs thru SOL 1211...so they intentionally superzoomed into an odd looking nodule extruding from the surface, and then took several more R MastCam images not of that area.

I have attached a few more interesting images showing more spheres, and possible a translucent spherical object...I have not observed these types of spheres prior to this area, however it may have been because I wasnt looking. I also tend not to try and "see" things in images, faces, figurines, mice etc to me are tricks the mind plays. 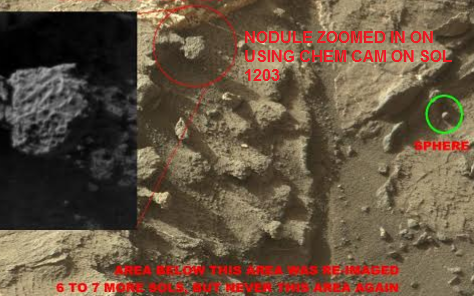 ANOTHER SPHERE – THOUGH NOT AS CLEAR AS THOSE ON MSL SOLS 1,185 AND 1,189.  ONCE AGAIN THERE IS  SKY COLOR DISINFORMATION HERE. 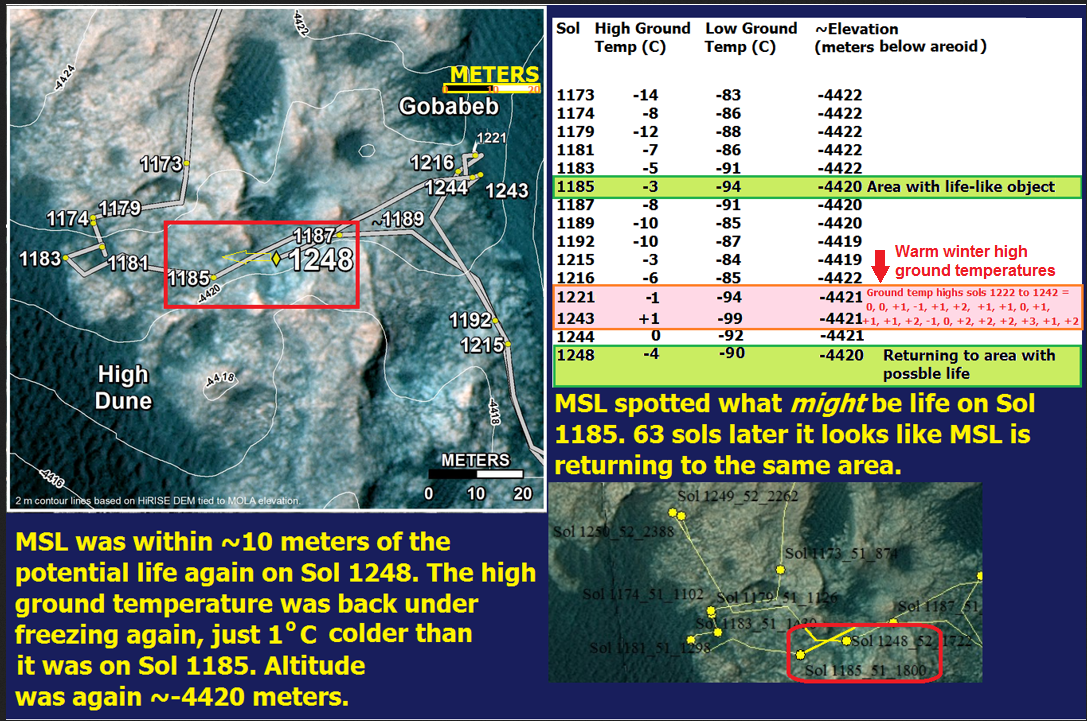 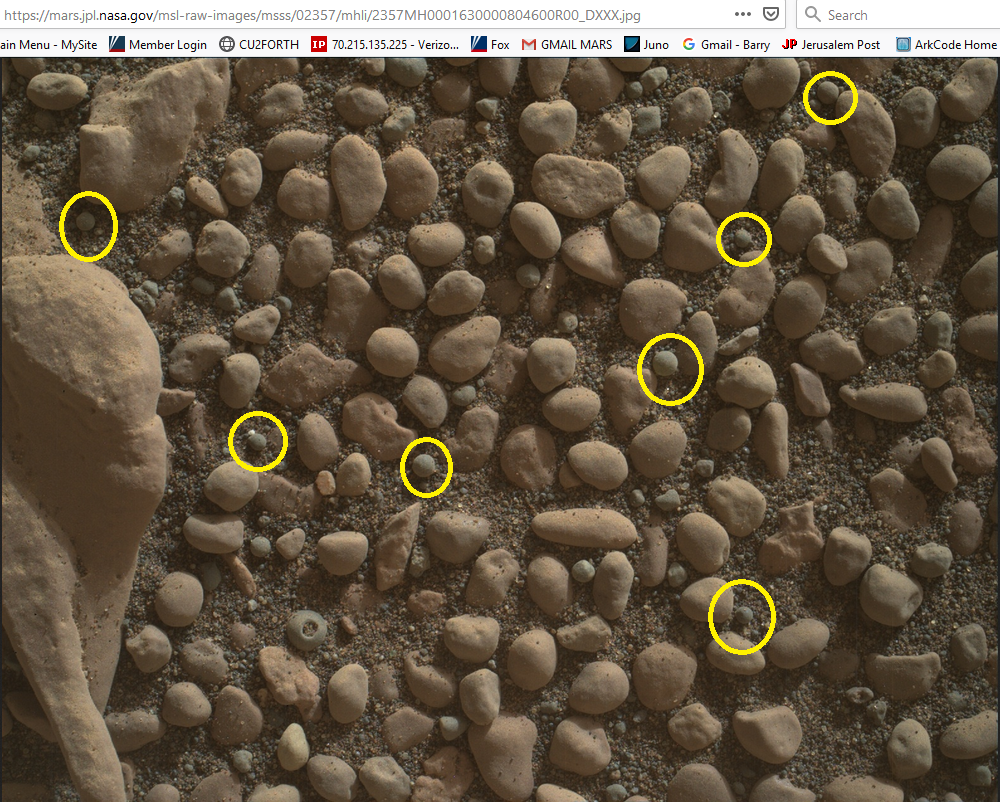